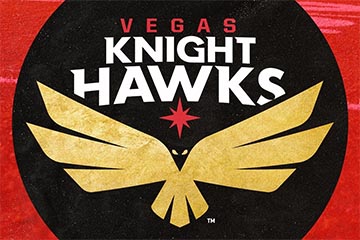 The Vegas Knight Hawks are playing the Bay Area Panthers at the Dollar Loan Center Arena in Henderson, Nevada on Saturday, July 2, 2022 at 7:00 PM.