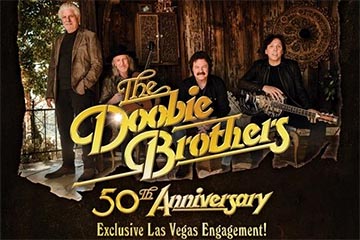 The Doobie Brothers are performing at the Zappos Theater at Planet Hollywood in Las Vegas, Nevada on select dates between May 13-28, 2022.