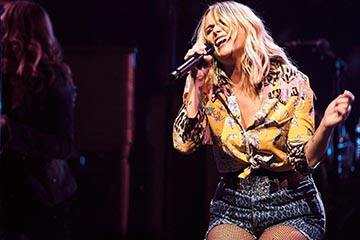 Miranda Lambert is performing at the Zappos Theater at Planet Hollywood in Las Vegas, Nevada on select dates between September 23 – October 8, 2022 at 8:00 PM.

Miranda Leigh Lambert (born November 10, 1983) is an American country music singer and songwriter. She started out in early 2001 when she released her self-titled debut album independently. In 2003, she finished in third place on the television program Nashville Star, a singing competition which aired on the USA Network. Outside her solo career, she is a member of the Pistol Annies formed in 2011 alongside Ashley Monroe and Angaleena Presley. Lambert has been honored by the Grammy Awards, the Academy of Country Music Awards and the Country Music Association Awards. Lambert has been honored with more Academy of Country Music Awards than any artist in history.