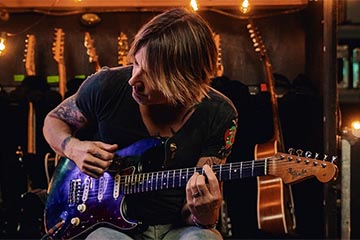 Keith Urban is a New Zealand-born Australian musician, singer, guitarist and songwriter known for his work in country music. Recognized with four Grammy Awards, Urban is considered one of the leading exponents his music genre, also earning fifteen Academy of Country Music Awards, including the Jim Reeves International Award, thirteen CMA Awards and six ARIA Music Awards. Urban is also the songwriter and performer of the song “For You” from the film Act of Valor, which earned him nominations at both the 70th Golden Globe Awards and at the 18th Critics’ Choice Awards in the respective Best Original Song categories.