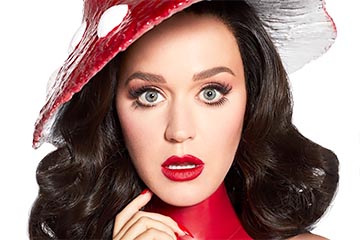 Katy Perry is performing at the Resorts World Theatre in Las Vegas, Nevada on select dates between July 16 – October 22, 2022.

Katy Perry, is an American singer, songwriter, and television judge. Perry is one of the best-selling artists of all time, having sold over 143 million records worldwide. All of her studio albums released under Capitol have individually surpassed one billion streams on Spotify. She has nine U.S. number one singles, three U.S. number one albums and has received various accolades, including four Guinness World Records, five Billboard Music Awards, five American Music Awards, a Brit Award, and a Juno Award. Perry has been included in the annual Forbes lists of highest-earning women in music from 2011 to 2019. Her critically acclaimed Super Bowl halftime show performance is the most watched in history. Outside of music, she released an autobiographical documentary titled Katy Perry: Part of Me in 2012, and voiced Smurfette in The Smurfs film series. Perry began serving as a judge on American Idol, starting from its sixteenth season in 2018. She is also the most followed woman on Twitter, with over 100 million followers.