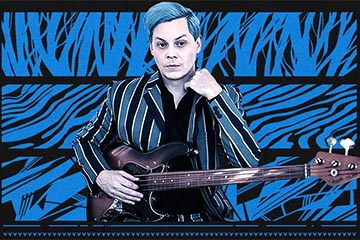 Jack White is an American singer, songwriter, multi-instrumentalist and producer. He is best known as the lead singer and guitarist of the duo the White Stripes. White has enjoyed consistent critical and popular success and is widely credited as one of the key artists in the garage rock revival of the 2000s. He has won 12 Grammy Awards, and all three of his solo albums have reached number one on the Billboard charts. Rolling Stone ranked him number 70 on its 2010 list of “The 100 Greatest Guitarists of All Time”.