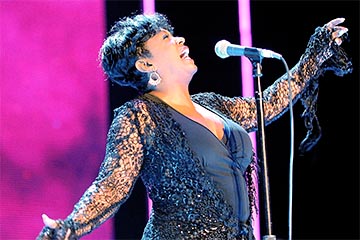 Anita Baker is performing at the Venetian Theatre in Las Vegas, Nevada on select dates from May 20 to June 04, 2022.

Anita Baker is an American singer-songwriter. She is one of the most popular singers of soulful ballads during the height of the quiet storm period in the 1980s. Starting her career in the late 1970s with the funk band Chapter 8, Baker released her first solo album, The Songstress, in 1983. In 1986, she rose to stardom following the release of her Platinum-selling second album, Rapture, which included the Grammy-winning single “Sweet Love”. As of 2017, Baker has won eight Grammy Awards and has five Platinum albums, along with one Gold album. Baker is a contralto, with a vocal range that extends her register to at least three octaves.